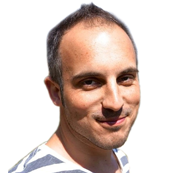 Simon started out his career working on long-running arts series for the BBC and ITV, including The South Bank Show and The Culture Show. Since then, he’s worked with many of Britain’s most established Arts institutions, including the Royal Academy of Arts, South Bank Centre, Royal Opera House, Tate Gallery and the Barbican. Along the way he’s had the privilege of filming with a number of very talented artists, including musicians ranging from Alfred Brendel to Marianne Faithful, artists from Mark Wallinger to Sam Taylor-Wood and authors from Sebastian Faulks to Sarah Waters. Simon has also made several political documentaries.p